Stunning young teenie Kimmy is a spoiled little brat with rich parents who had always had whatever she wanted. She had learned to manipulate and receive anything she desires and, having recently turned eighteen, her next big wish was to fuck a family doctor. She fabricated having a fever confident that she is the best fuck anyone can ever have. She wasn’t wrong. Kimmy is an amazing, petite nubile with a perfect, slim body, tiny tits, tight ass, and a beautiful face. She put on her sexiest, black lingerie, barely covering her cute, pierced nipples and lied in bed waiting for him. Being impatient little minx who is unable to contain her urges for a long time, as soon as he got into her room and checked the thermometer she jumped on him and pushed him to the bed. Removing his pants was an easy task for a dirty, little whore that she is and moments later she was sucking on his rock hard cock. She was slobbering all over his fat meat, hot and horny, deepthroating his whole shaft and choking as it would hit the back of her throat but not giving up. That little slut didn’t need much foreplay as her pussy was already dripping so, having made sure his cock is all wet, slippery, and ready to pound her hard, she lied on her back and spread her legs. Seeing what kind of slut she is turned him on even more and he decided not to waste any more time but went balls deep right off the bat. He held one of her legs up in the air, making sure she was spread as much as possible and started pounding her tight cunt really rough. Kimmy held the blankets not to fall off as he was hammering her into the ground with his massive boner, stretching her insides, pulling her hair, making her scream. This was exactly what she wanted as you could see the ecstasy on her face when she’d grab every opportunity she could to rub her clit while being ravaged. Hungry for each other and wanting to fuck in every way possible, they kept changing positions. 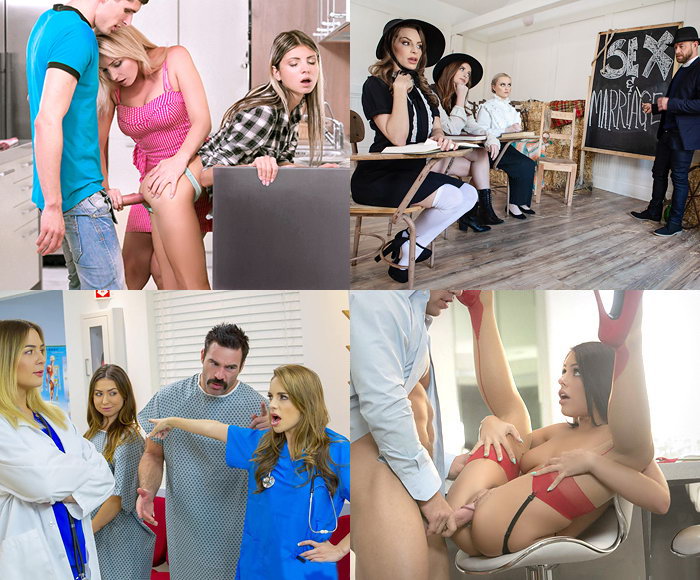 Kimmy’s pussy ached to be railed from behind so she turned around and presented her tight ass to him. That was all he needed to grab her hips tight and start pounding like a machine. His hard cock was going balls deep into her snatch from behind. Her young sexy body only made him to pick up the pace to drive into her with more force. He grabbed her hair and pulled her head back. As he continued to fuck her, he pulled her hair with one hand and mauled her breasts with the other. She is the hottest and sexiest little slut I’ve ever seen! She was going insane with pleasure as he used her tiny body as a sex toy, fucking her as her own, personal cock sleeve. After being vigorously drilled the young naked girl mounted him wanting some control. Like a kinky cowgirl, she kept going up and down, impaling herself all the way with every motion, pushing herself back against him, making figure-eights with her gorgeous ass, turning around, spinning and trying to feel his stiff rod in from every possible angle. She came multiple times, riding his tongue when she’d get tired from his cock, then hopping right back. Even after he pumped her full of cum and gave her a warm creampie, they kept on going.