This young teen was just trying out things with her boyfriend in the car and just as things were starting to heat up her stepmom showed up furious as to what she was doing. See, her stepmom is a bit strict and she doesn’t really allow the teens to have sex or anything, and when she caught her stepdaughter going down on the dude and sucking him off she just had to do something about it. She was about to teach this young stepdaughter a lesson if it was the last thing she did. She took them out of the car and into the house. Her method was something that the teens didn’t expect, and it was to show them what extreme sex is really all about. If you are going to suck your boyfriend’s cock then do it properly, swallowing deeply and not forgetting the balls! Little by little the teen girl was forced to swallow his cock completely. Let me show you how to suck this young cock right, the spemom bobbed her head back and forth and slurped loudly on the head of his cock. Teen shoved his balls into her mouth and licked his balls like a dog in the meantime. MILF started shoving the teen’s head so far down the cock that it penetrated her throat. After that, the stepmom resorted to some even more extreme measures. Meanwhile, the dude was on cloud nine when it comes to pleasure and he was just going for more and more at this point. And the climax happened when the three of them ended up having a threesome with every position being up for grabs. They tried out so many things that even the mom became lukewarm to seeing the two of them having sex in the future seeing as how she got fucked as well. Who knew that a stepmom and her stepdaughter could fuck together with just one cock. 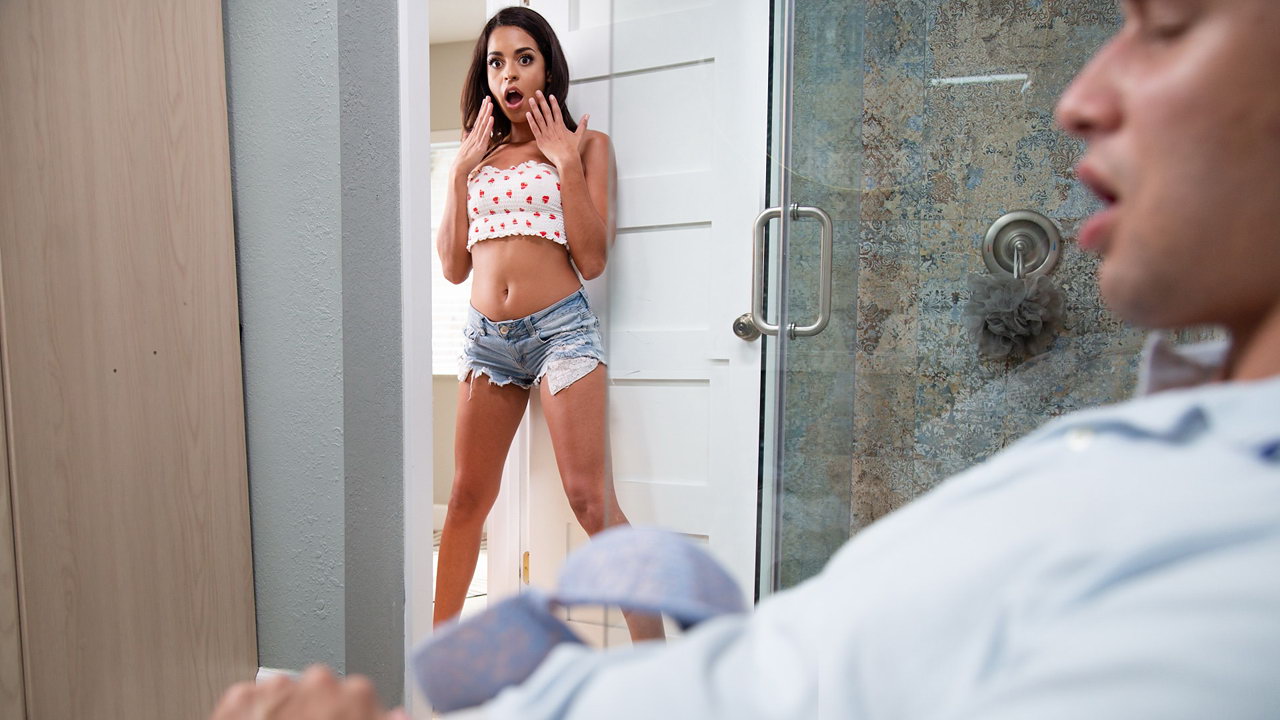