It’s laundry day, and three incredibly hot babes just came into the local laundromat. The girls brought all their clothes and it’s time to start loading the washing machines. And while laundry days can be a pain in the ass, one of them decides to make things a little bit interesting. She noticed that they are all checking out each other all the time, so in order to get things moving, a little slut takes off her shirt under the pretense that it’s dirty laundry as well. She throws the thing in and then looks at the response. Both of the other girls are more than just interested. They take off all their clothes eventually and start having some fun with all the machines as they’re dancing around the shop. Three naked girls are riding the laundry carts for the dry cleaning and eventually they feel as if it’s time to take things to the next level. The three of them reveal that they’re about to go full lesbo as they put the brown babe down on her back and take off her panties. The other two have fun with her by pleasing her pussy. The threesome starts and the naked girls start having some insane lesbian action together. They take one of the girls and start fingering her together and they finger her so hard that she squirts more water than one of the washing machines uses during an entire spin. She squirts out an insane amount of her pussy juice and the other two are just amazed by it! The young lesbians get even more turned on and now it’s time for all of them to try a squirting orgasm. They turned the sign which says that the laundromat is opened around so that people think that they’re closed. This gives them enough time to do whatever lesbian shit they want to do, and they can do it ten times over as far as they’re concerned. One of the girls stands up and lifts the other one, holding her legs up in the air with a grip around her thighs, giving a perfect access to her incredible pussy. The girls take turns licking and lapping away at her juices. Two teen lesbians lick her pussy and her asshole simultaneously. They explore every bit of her delicious pussy and her ass. “I’m cumming now”, she moans as her orgasm floods the lapping tongues with her nectar.

MOST BEAUTIFUL LESBIAN SEX SCENES WITH THE HOTTEST NAKED GIRLS: 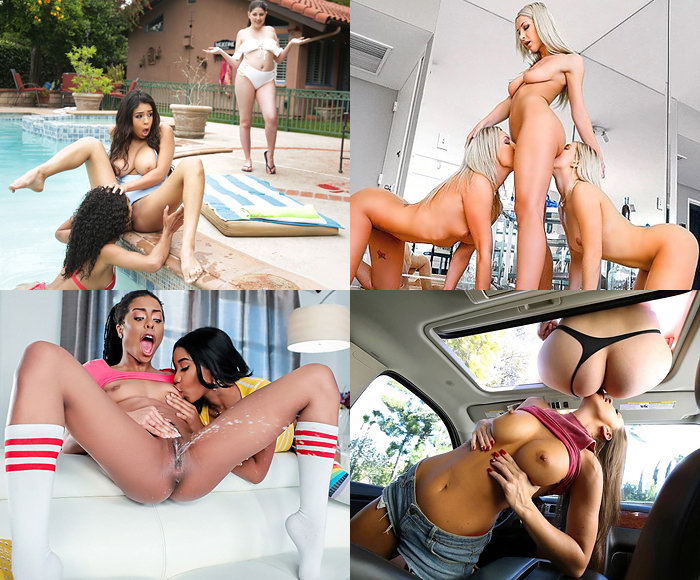