My stepsis and her friend catch me spying on them and we have a 3some!

My stepsis and her friend catch me spying on them and we have a 3some!

I was spying on my sexy blonde stepsister and her hot brunette friend while the girls hung out in her bedroom, right when they were talking about me! She said she thought I wanted to fuck her or something, which really isn’t far from the truth, LOL! When her best friend told her she would totally fuck me I could feel my cock tingling under my boxers! This was getting hard! The girls started fooling around and before I knew it, they were making out, kissing passionately while stripping naked. I dived into the closet, from where I would have a better line of view! I didn’t want to miss one second of what was going on in my stepsister’s bedroom! I had my phone muted, but I forgot to turn off the vibrator and it began buzzing as I got a text, making the girls realize I was hiding in the closet! The naked girls busted me with a hard-on and my camera in my hands and decided to punish me for being so damn horny and naughty! They got on their knees, with my stepsister stroking my sausage and licking my balls as her sexy friend began eating my dick! I was getting head from my very own step sister and her best friend, so fucking wild! I could feel my dick getting bigger and harder as they blew me together, licking my dick like a lollipop, letting me know they wanted me to take pictures and video of them while I fucked them both in a threesome! There I was, fucking my step sister’s young pussy in missionary while her best friend sat on her face so she could eat her out. The naked girls changed positions and her best friend spread her legs so I could fuck her while my stepsister crawled all over her, kissing her lips and swapping tongue with her. She also sat on her face, grinding her pussy against her lips and tongue. My stepsister took the camera as I lay on my back and her friend straddled herself on top, riding my erection in reverse cowgirl while getting filmed. We were making our very own homemade amateur porno! I took the camera from my stepsister’s hands, manning it with one hand and stroking my cock with the other while I watched her and her best friend having hot lesbian sex on the bed and filmed them. Watching the girls tribbing, rubbing their wet pussies together almost made me blow my load on the spot. I would have to say, not only do these teens know how to suck cock, they know how to take care of each other as well. I made my stepsis suck my dick while getting tribbed and dangled her friend upside down from the top bunk bed, fucking her mouth while eating her out in stanting 69, with my stepsister watching and masturbating herself, down on all fours and taking my dick doggy style from behind too! Bunk beds allow the girls room to get much more activities done, like girl on girl and human centipede butt fuck formation. I put her friend in a piledriver and we ate each other out, then I blew my load all over the girls! 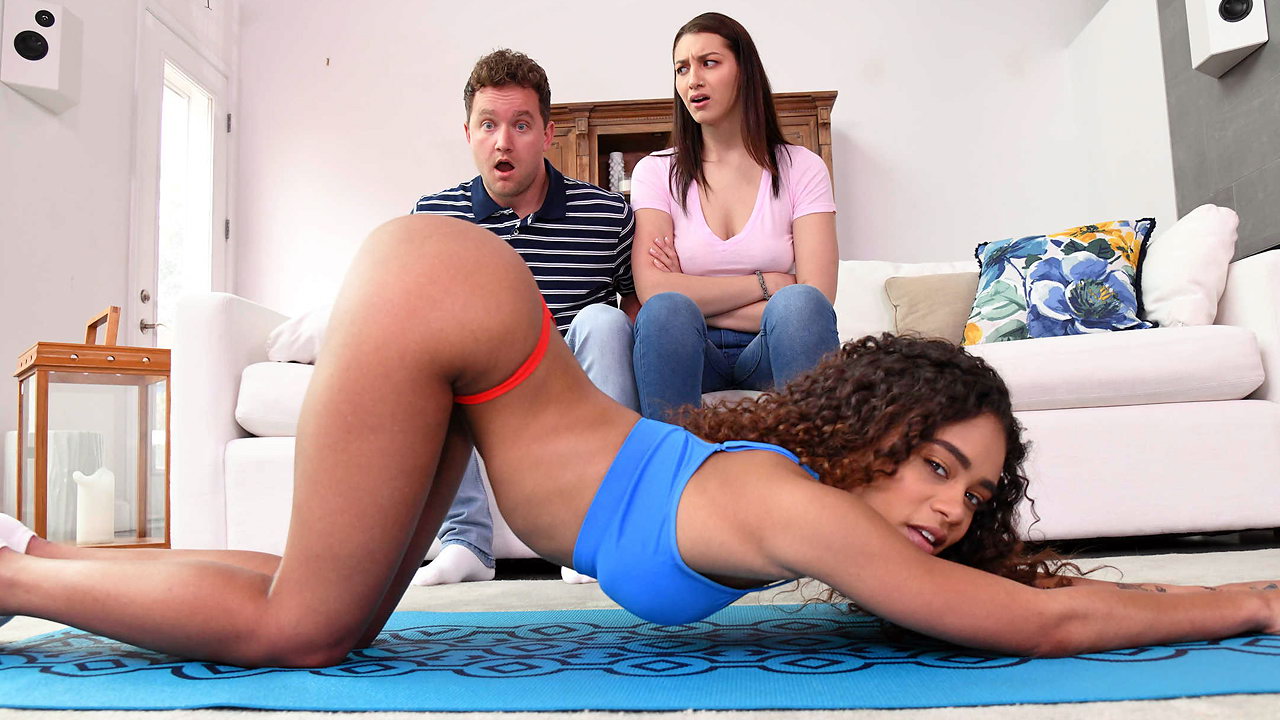 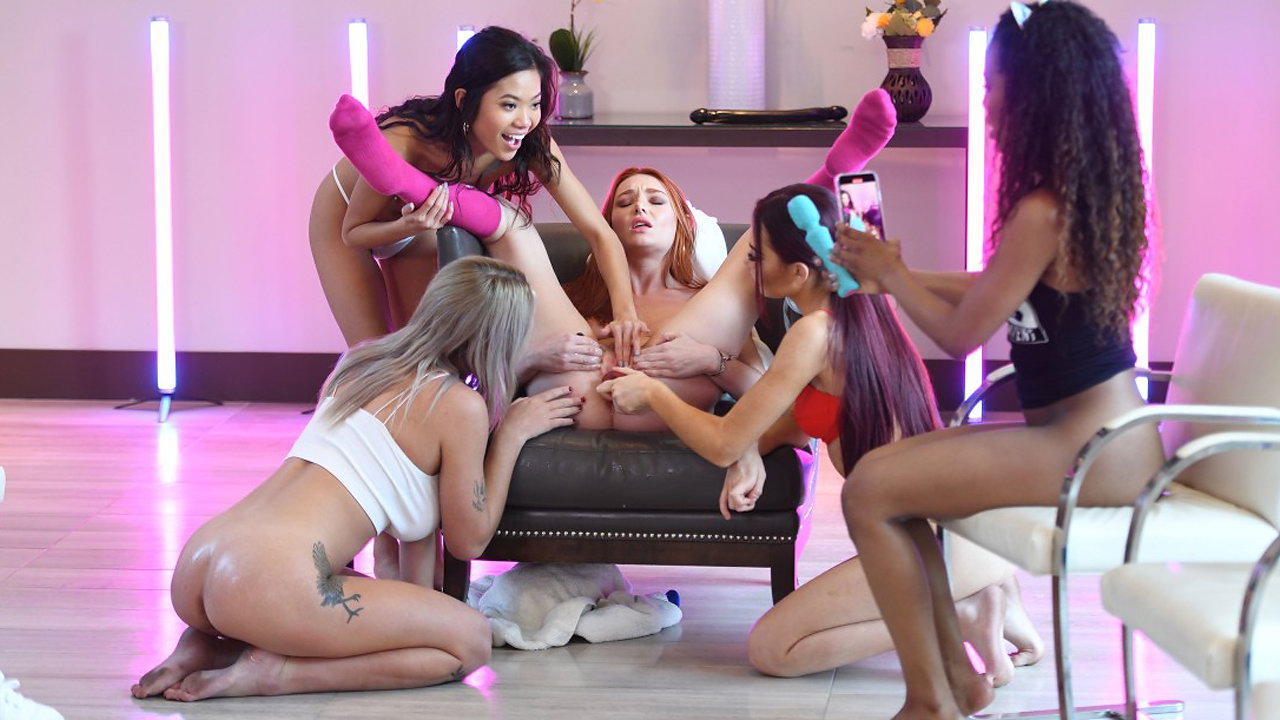 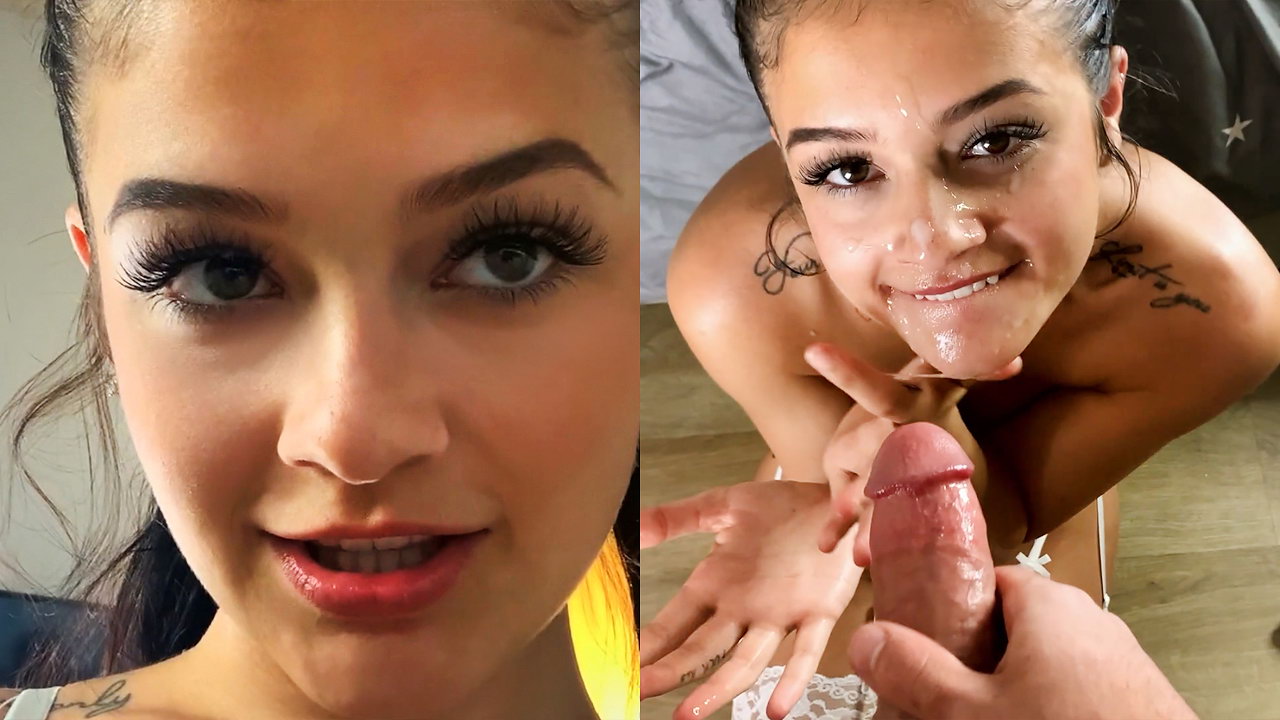