So you know how quickly technology advances, right? Well, it turns out it is advancing way too fast, but these guys really don’t mind it that much. These two sex dolls were up for sale, and they were pretty god damn expensive, but they looked so great that these guys just had to buy them. The dudes brought those two big boxes into their home and they got way to curious and started checking them out but little did they know that those sexy minxes have a habit of coming to life (and fucking you senseless) when you least expect it. Later on, the white dude saw one of the two girls moving, making some weird ass gestures that he couldn’t really understand. Then the other doll started doing weird shit but he didn’t really see it so he decided to move on. Just as soon as he started walking out of the room he noticed that those two sex dolls were actually alive and that they were begging for sex all this time. Might seem a bit weird, but even sex dolls can get sex-starved, no? Well, it makes sense because these two bimbos are probably used to sucking and fucking cocks their entire life. As soon as he got them out of their boxes the girls started playing around with their massive titties. Good lord those are some big titties! Two beautiful fuck dolls were rubbing them against each others bodies seductively but it seemed like they ignored the poor white guy. They did notice him later on though, and they let him suck on their gorgeous titties. And he really did appreciate it. It was sure visible that he loved them as he sucked on the little pink nipples harder and harder. The hot girls got onto the bed without even saying anything the blondie got all up in the brunette girls pussy and started licking it hard. She only started sucking on the clit later on while the dude pumped his cock inside the girl. The dude just couldn’t wait to try the doll’s pussy! The hot blonde got the pussy all prepped up eventually and she decided to give the boy her full attention so she stopped licking the vagina and she rolled over to her side and lifted her leg up so the guy could get a nice grip while he shoves his big meat pole inside her gorgeous love hole. He started fucking her harder and harder until he got a bit tired so then he decided to lay down, but the girls weren’t really done with him. Tho hot naked babes immediately got up on his cock and started sucking and licking it like a pair of horny vixens. OMG, 2 of THE MOST GORGEOUS, PERFECT WOMEN ON EARTH!

THE HOTTEST TEENS AND THE SEXIEST BABES DOING INCREDIBLE THINGS WITH BIG COCKS: 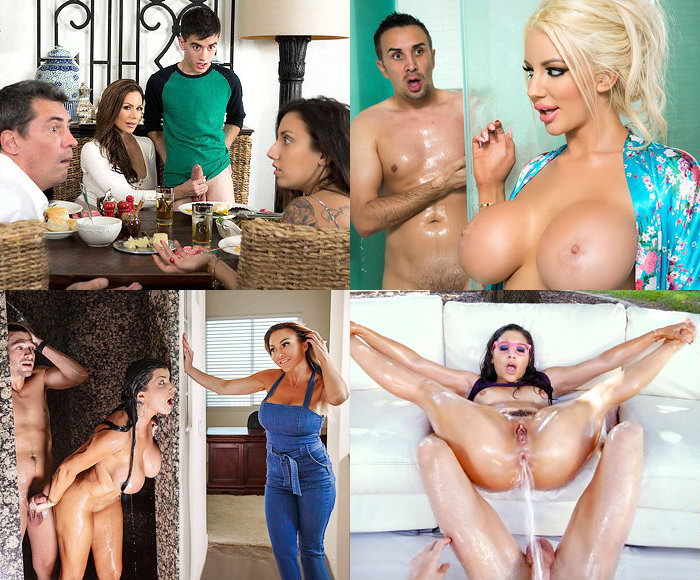